Home/Leadership Obsolescence: Running Close Behind Greed and Corruption!
Previous Next

Leadership obsolescence is real, as we see in the wake of the Wells Fargo corruption scandal. As leaders, we must be reminded of the responsibility we share to stay on top of our game.

Former Wells Fargo CEO John Stumpf claimed to take “full responsibility” for the bank’s fake account scandal and has paid back millions, but we’ll continue to see just exactly what that means.  With personal gain reported to be than $200,000,000 and thousands of lower-level employees fired as a result, the question remains on whether senior leadership knew or should have known what was occurring long before it was blown wide open. Now CEO Tim Sloan is being challenged with reports that employees may have destroyed documents related to the fraud.

While Greed and Corruption are obvious in this case, a closer look at the issue of leadership obsolescence warrants a closer look. 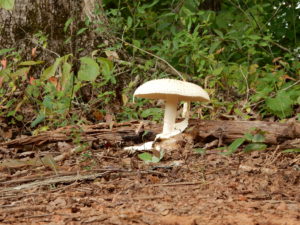 Kim & Mauborgne write in Blue Ocean Strategy that keeping in touch with the front-line is imperative if we stand a chance of really knowing what is going on in our business.  You cannot outsource this activity. The Japanese have a term for this called “Gemba” which means “go and see”.

Careful attention is required to avoid becoming an obsolete leader.  Our views of the world around us may cause us harm if we are not aware of 3 automatic ways of thinking: False Assumptions, False Priorities, and Limiting Beliefs.

Too many times we let our perceptions get in the way of our progress because of the level of “fact” we place on them.  Do not assume that those reporting to you are accurately reflecting reality, for a host of reasons including inability, incompetence, false assumptions, and covering up for what they know would get them in trouble if revealed.

Conclusions based on false assumptions lead to all sorts of problems and unnecessary drama.  Often they are automatic, as we have made them habits over the years and have become automatic coping and defense mechanisms.  These are hard to identify within ourselves because they occur so quickly, but it is easy to see in others.

When we make false assumptions again and again about others or a situation, we risk not seeing things accurately which leads to poor decision-making and ultimate failure.  The manufacturing adage remains true: Dare to ASSUME and risk making an ASS of U and ME.

What were Stumpf’s priorities?

Would You Rather _____ OR be Successful?

Which of these or others can you associate with that may be interfering with you getting results?

These are our own perceptions and attitudes that hold us back from achieving results we otherwise could.  They are self-imposed, and often unspoken.  Common limiting beliefs include: “I am not good enough”, “No one can do it as well as I can”, “I am not experienced enough”, and “We can’t find good people”

Stumpf’s limiting belief may have been,

“There is no way as a CEO of a company with thousands of employees I can possibly know what is going on at the lowest levels in the organization”.

While deeply ingrained in our minds, reframe limiting beliefs into positive statements to help break through and gain leverage for what is realistic.

So reframing the statement above could look like this,

“If I hold my managers accountable for routinely engaging with the entire workforce, then they will learn when something is not right.”

A process to reframe a limiting belief begins by eliminating the use of blanket statements.  Next, come up with a narrower, more specific statement of what can be done to achieve the goal.  Using an If/Then formula often helps get it started.  Finally, use words that don’t compete with a limiting belief or you may get into an internal battle of self-will – and lose.

Notice the “If” and “Then” in the statement.  Also, note that the words “know what is going on” does not appear, and therefore does not compete.

Leadership obsolescence sounds harmless, but in fact may be the sleeping giant holding us back from that next big step.

This site uses Akismet to reduce spam. Learn how your comment data is processed.